You may have heard that some countries like Algeria. Australia and Norway are testing a technology intended to capture carbon dioxide (CO2) emissions directly from power stations that burn fossil fuels, especially coal, for storage.

The idea is that, energy producers that burn coal, (coal produces massive CO2than other fossil fuels) can use this technology to strip off CO2 from fossil fuels before or after they are burned, and have them stored in a remote, under the sea location, (some 800m down the sea in rock formations) where it will be contained safely for thousands, to millions of years. 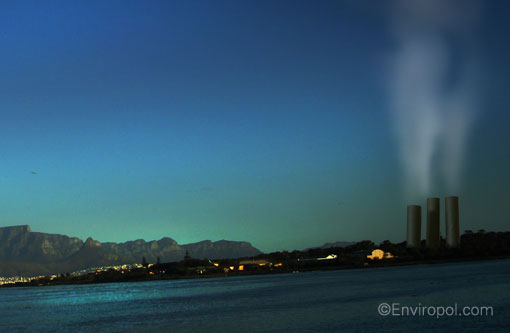 We all know that there have been very worrying predictions to global temperatures after many years of talk about climate change and what causes it. Now the biggest culprits find the need to do something, at all cost. Many environmental groups welcome this idea, at least to try it and give it a chance. Doing something is better than not doing anything at all.

This Carbon Capture and Storage (CCS) Technology comes with a cost. For example, if a coal-burning plant cost 1.5billion USD, another 1million USD or so may be needed to fit the equipment on the plant. Who is going to pay for that? Consumers? Are they ready to pay a little bit more, for the sake of the environment? Maybe that will be a chat for another time because people believe that as the technology becomes successful and used more, the price may come down and power plants can acquire it at a more reasonable cost.

Environmentalists, including Friends of the Earth, have cautioned that whiles they are happy something is being tested out, we should not ignore the importance of developing more renewables too. “We are all accepting that a demonstration of CCS is reasonable – you keep your options open in a situation of urgent global need,” says Neil Crumpton, adding, “CCS in our view would be mainly a stop gap or a transition technology while we build solar technologies.” Source: CNN August 7, 2008, By Hilary Whiteman and Ilana Hart

In April 2014, there was a bit of good news or a boost, as the technology, being tested by  White Rose carbon capture and storage (CCS) project, to store the greenhouse gas in the North Sea,  was set to win the cash funding from the EU (about £250m). It is expected that the funds will be ready in June 2014 for taking off. “White Rose will provide electricity to over 630,000 homes but 90% of the CO2emissions from the plant will be captured, amounting to two million tonnes per year.” BBC, 17 April 2014 By Matt McGrath, Environment correspondent, BBC News.

Like many other pilot projects, there are questions, regarding sustainability, safety, costs and the like. If you are an expert in this area, we would like to read from you and get some tips