Anything that attempts to alter the balance of the ecosystem potentially threatens the health and existence of that ecosystem. Some of these threats are not overly worrying as they may be naturally resolved provided the natural conditions are restored. Other factors can destroy ecosystems and render all or some of its life forms extinct. Here are a few:

Economic activities such as logging, mining, farming and construction often involve clearing out places with natural vegetative cover. Very often, tampering with one factor of the ecosystem can have a ripple effect on it and affect many more or all other factors of that ecosystem. For example, clearing a piece of forest for timber can expose the upper layers of the soil to the sun’s heat, causing erosion and drying. It can cause a lot of animals and insects that depended on the shade and moisture from the tree to die or migrate to other places. 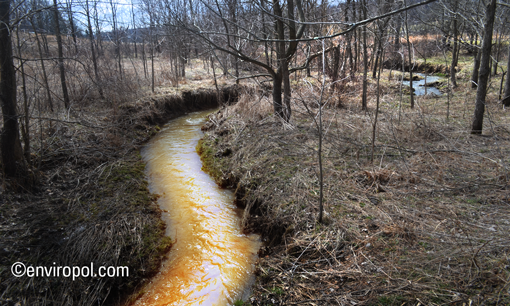 Water, land and air pollution all together play a crucial role in the health of ecosystems. Pollution may be natural or human-caused, but regardless they potentially release destructive agents or chemicals (pollutants) into the environments of living things. “In a lake, for example, it can create havoc on the ecological balance by stimulating plant growth and causing the death of fish due to suffocation resulting from lack of oxygen. The oxygen cycle will stop, and the polluted water will also affect the animals dependent on the lake water” Source: Study the effect of pollution on an ecosystem, WWF.

This is the enrichment of water bodies with plant biomass as a result of the continuous inflow of nutrients particularly nitrogen and phosphorus. Eutrophication of water fuels excessive plant and algae growth and also hurts water life, often resulting in the loss of flora and fauna diversity. “The known consequences of cultural eutrophication include blooms of blue-green algae (i.e., cyanobacteria, Figure 2), tainted drinking water supplies, degradation of recreational opportunities, and hypoxia. The estimated cost of damage mediated by eutrophication in the U.S. alone is approximately $2.2 billion annually (Dodds et al. 2009) Source: Eutrophication: Causes, Consequences, and Controls in Aquatic Ecosystems, Michael F. Chislock

Any foreign species (biological) that finds its way into an ecosystem, either by natural or human introduction can have an effect on the ecosystem. If this alien has the ability to prey on vulnerable and native members of that ecosystem, they will be wiped out, sooner or later. One devastating impact of introducing alien Nile Perch and Nile Tilapia into Lake Victoria in the 1970s was the extinction of almost half of the 350+ endemic species of fish in the cichlid family.

Fish species, game and special plants all do fall victim from time to time as a result of over-harvesting or humans over-dependence on them. Overharvesting leads to the reduction in populations, community structures and distributions, with an overall reduction in recruitment. Lots of fish species are known to have reached their maximum exploitation level, and others will soon be. “For example, Oreochromis karongae is one of the most valuable food fishes in Malawi, but populations collapsed in the 1990s due to overfishing, and it is now assessed as Endangered.” Source: IUCN, Major Threats

The sun’s rays play an important role in living things. UV rays come in three main wavelengths: UVA, UVB and UVC, and they have different properties. UVA has long wavelengths and reaches the earth’s surface all the time. It helps generate vitamin D for living things. UVB and UVC are more destructive and can cause DNA and cell damage to plans and animals. Ozone depletion is one way that exposes living things to UVB and UVC and the harm caused can wipe lots of species, and affect ecosystems members including humans.