Whenever there is an introduction of gasses, sand or dust particles, soot, fumes, odors, or any substance into the atmosphere or air (indoors or outdoors) in a way that distorts the natural composition of the air, and has negative effects on the biotic or abiotic factors of any given area, we say there is pollution. 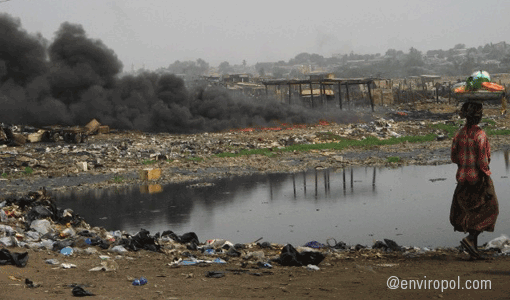 Pollution can be human-caused or may occur naturally. For example, if a volcano erupts and sends ashes into the atmosphere, in a way that causes breathing problems to humans and animals in the air, that would be a naturally caused air pollution. On the other hand, if people are allowed to smoke tobacco in a bar or pub,  other people, including non-smokers will be breathing in the smoke and can have a very detrimental effect on their health. That is a human-caused indoor air pollution.

There are many better causes of pollution that we will soon see in the pages that follow. Air pollution, together with water and land pollution are top environmental concerns in almost every corner of the work because the effects can be catastrophic.

Pollutants are things that pollute the air. There are two types of pollutants: primary pollutants and secondary pollutants. Primary pollutants such as dust particles, fumes from auto-exhaust pipes or smoke from burning are those that are directly emitted into the air. Secondary air pollutants, on the other hand, are usually a product of one or more pollutants that have mixed up chemically reacted in the air. An example is a smog. Smog is simply a mixture of smoke and fog. It is very deadly.

Air pollution is going on in many places, despite the abundance of information about its effects. In recent time, people in some cities in China had to keep their nose masks on all the time, because the amounts of pollutants in the air was extremely high.