Ecosystems are vital to the survival of all living things, including us, humans. In fact, the break in this natural and balanced network of living things interacting with their environment can have irreparable damage to all other members of the network.

Ecosystems can exist in unique classes, and may not have direct relationships with other ecosystems, but all are joined together by abiotic factors such as climate, moisture, temperature and the like. The importance of ecosystems is usually described as ecosystem services. 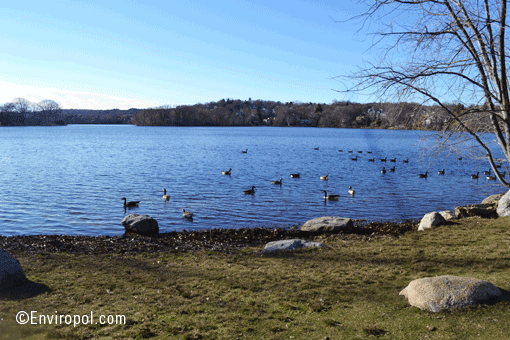 An ecosystem is a biological community, made up of some life forms interacting with their environment. Living members of this community are known as biotic factors, and the non-living things form the abiotic factors. An example of a basic ecosystem is a puddle. In there you will find some biotic factors such as green plants, algae, some fishes and tadpoles, worms and water insects and birds hovering over the puddle. These living things cannot exist without the abiotic factors such as water, sun, soils, rocks, temperatures and other environmental gases inside and outside of the puddle.

Ecosystems are the basis of energy flow, together with the recycling of carbon and nitrogen.

Carbon is very important to all food chains because living tissue contains carbon. This carbon comes from the atmosphere, and it is produced mainly by respiration of animals, the decomposition of organic matter and the combustion of fuels. Green plants absorb this carbon from the air for use in glucose preparation (as plant food). The glucose (energy) produced is passed stored in the plants. As animals consume them, the carbon is passed on to them, and the rest is given off into the air when plants die.

In a similar way, nitrogen, which makes up about 78% of the air, is converted into nitrate by lightning, root nodules and nitrogen-fixing bacteria. Plants use up the nitrates in the soil to build up proteins. Proteins are passed onto animals that consume green plants. Nitrates are passed on back to the soils when animals poop or die and decompose. In the soils, they are broken down by denitrifying bacteria and nitrogen gas is released back into the atmosphere.

Ecosystems survive with carbon and nitrogen cycles, and they are all connected perfectly in something we call food chains.