As long as the sun is in the sky, there is potential for solar energy. This technology is not new, as it has been used many centuries ago. In many places in Asia and Africa, solar energy is used in its simplest form, where the heat from the sun is used to dry and preserve foodstuffs such as fish, corn, and cassava that is spread out in the sun. 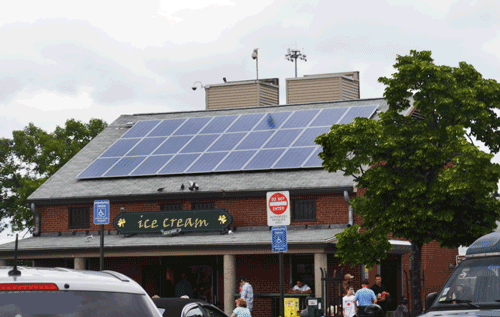 Energy from the sun is phenomenal. In many parts of the world today, people install rectangular panels made of silicon. This kind is commonly known as Solar Photovoltaics (PV). As sunlight hits these mirror-like rectangular materials, the electrons set into motion, away from the atoms in the material. The flow of electrons is directed to a power inverter, which converts the flow into a current.

There are other types of solar systems, where the heat (thermal energy) from the sun are absorbed by conductors and used to heat water for use in homes and public places. On a wider scale, curved mirrors, in the form of parabolic troughs are used to direct the sun’s rays to one area made of rods The rods usually contain liquids that hold heat well. The heated liquid in the rod is used to heat water to produce steam, used in turning shafts in a generator for electricity conversion. This kind is known as Concentrating Solar Power (CSP). CSP technology is also varied with variations including Towers, Dishes, Linear Mirrors and Troughs.

Solar energy is becoming very popular in the USA and many other countries in recent times. It is expected to become a leading alternative source of electricity in the renewable energy sources. The top markets in Solar Photovoltaics (PV) include Germany, Italy, China, the United States, and Japan.

Solar energy is also clean energy. It is also easier to maintain because it has no moving parts. Long Island Solar Farm is the largest solar energy plant in the USA, located at the east coast of the country. It has a 32-megawatt capacity, providing electricity to about 4500 homes, and created about 200 locally sourced contraction jobs. The plant continues to employ many full-time workers for operations and maintenance Many solar panel manufacturers are based in the United States, employing more than 27,000 Americans in high-earning, high-tech jobs. (Source: Natural Resource Defense Council)