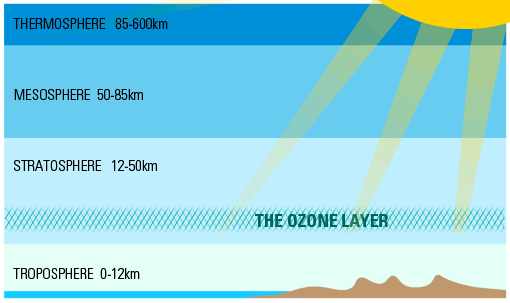 This is simply a layer in the stratosphere containing a relatively high concentration of ozone. The earth’s atmosphere is divided into several layers, and each layer plays an important role. The first region extending about 10-12km upwards from the earth’s surface is called the troposphere. Many human activities like mountain climbing, gas balloons and smaller aircrafts operate within this region.